On September 14th, ​​the Senior Citizens League, a non-partisan organization, estimated that Social Security beneficiaries might receive an 8.7% COLA.

Although this is the highest increase since 1981, when the COLA rose to 11.2%, there is reason to be subdued in your excitement. Connie Health Co-founders Oded Eran and David Luna discussed the COLA increase the week of its release. And why you shouldn’t expect to pocket it away in savings.

Watch the video or read the transcription below to learn more.

David Luna: Social Security, every year, will give you a Cost of Living Adjustment to try to balance out the inflation.

Find the right Medicare plan for you

Oded Eran: 2022. Not the kindest year for Medicare beneficiaries’ pockets. First, we were hit by a steep increase in the Medicare Part B premium. David, do you want to remind us what that was all about?

In the time that I’ve been in Medicare, I’ve never seen that steep of an increase. And what we were told initially, and there may be some truth to this, is that some of it had to do with making up for the expenses that were brought on by COVID. And then, that increase was also making up for some of the more expensive medications out there.

Oded Eran: Yeah, and that was for the Alzheimer’s drug, that then Medicare dropped, which was one hell of a turn of events.

And then, 2022 is a year where the US economy and the world economy have been ravaged by rapid inflation. We all read the papers and see the news talking about the massive, massive inflation. And we go to the gas station, the grocery store, and we see the prices going up and up. This Cost of Living Adjustment will not compensate us for that, correct?

David Luna: Yeah, so just to give you a little bit of a breakdown. You’re absolutely right, Oded.

I don’t know, and I don’t ever predict that there’s going to be a time when you’re going to get a Cost of Living Adjustment that’s going to make up for everything that you’ve paid before today, right? And I see these numbers fluctuate so much.

Let me give you an example. In June of 2022, they predicted that the increase would be around 10.8%, which would mean an average of about $180 extra in your paycheck.

On September 14th, they said okay, the Cost of Living Adjustment looks like it’s going to be estimated at 8.7%. So, for the average worker making around $1,600 bucks a month, that means about an extra $146 in your paycheck, right? So, it’s not much considering what you mentioned earlier. Prices at the gas station, prices at the grocery store.

Oded Eran: Yeah, and that’s the future. We’re already in the red for 2022. Because gas prices went up in 2022. And nobody is going to compensate for that.

Basically, what’s happening is that the government is predicting what the prices will be in 2023 and adjusting the Social Security payments for them. But hopefully, again, we’re not criticizing the government. The government is doing what it can. This is what’s really difficult in times of inflation. You don’t know what the prices are and what they’re going to be in the future because there’s no stable price index.

On one hand, there’s good news. In 2023, Cost of Living Adjustments will kick in, and Medicare beneficiaries will receive a bigger check from Social Security. But we must recognize that this is happening because 2022 was a bad year. In 2022, most likely, Medicare beneficiaries’ disposable income eroded because of the Part B increase and the high inflation that occurred this year.

medicare part b costs
Was this article helpful?
YesNo

I am a Spanish-speaking Arizona Life and Health Insurance Licensed Agent and have been helping people with Medicare since 2005. I am a Marine Corps Veteran & former police officer. I enjoy watching football and basketball but hold family time in the highest regard. 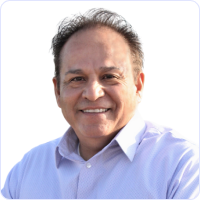 The Essential Guide for Beginners
Back to Top